A century ago, the Journal of Mental Science (JMS: forerunner of the BJPsych) was not just an academic journal, but it included abridged minutes of many Medico-Psychological Association (MPA: now RCPsych) meetings. The minutes frequently contained a list of half-a-dozen or so new members. On the list in early 1922 was Dr Elizabeth Casson (1881-1954). Who was she, and what is her legacy for us today?

Medicine was not the career Elizabeth’s family envisaged for her. After years working as a secretary in her father’s business and as a housing manager for a charity, she studied medicine at Bristol and qualified as a doctor in her late 30s.

There was no mandatory examination for membership of the MPA, but a process of election. Elizabeth’s proposers were two colleagues from where she worked at the Holloway Sanatorium, a private mental hospital with about 350 in-patients, quite a contrast from the typically underfunded, large county and borough “asylums”. William Moore was Holloway’s medical superintendent, and Cecil Rutherford was an assistant medical officer, like Elizabeth. The third proposer was Reginald Worth, medical superintendent of Springfield Hospital, and president of the MPA in 1935-6.

Elizabeth went on to gain her Diploma in Psychological Medicine, and in 1927 was awarded the MPA’s Gaskell Gold Medal and Prize. The MPA’s president remarked that it was “the highest prize given by the Association, and this was the second occasion on which it had been presented to a lady”—the first being Mary Barkas in 1924. 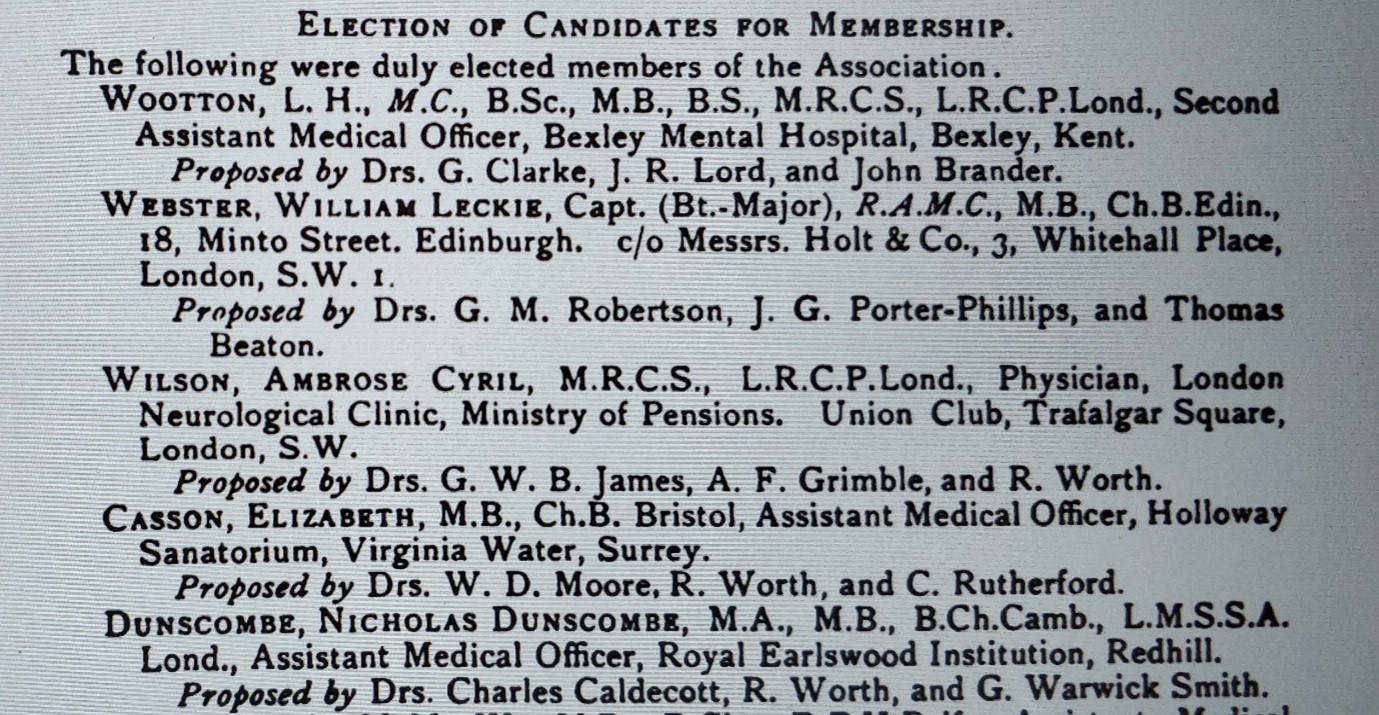 With longstanding interests in drama, and influenced by the Arts and Crafts movement, Elizabeth disliked “the atmosphere of bored idleness” in mental hospital day rooms. Then, “one Monday morning…I found the atmosphere had completely changed and realised that preparations for Christmas decorations had begun, and all the patients were working happily in groups, using all their artistic talents with real interest and pleasure. I knew from that moment that occupation was an integral part of treatment and must be provided.”

The observation itself was not new, but the passion with which Elizabeth followed it up was. Since the eighteenth-century, meaningful occupation had been part of “moral” treatment in pioneering mental institutions, such as the Retreat at York. Therapeutic occupation was adopted in some forward-thinking mental hospitals in Scotland and in the USA, and it was used to help treat soldiers injured during the First World War. It became a cornerstone of treatment for Elizabeth’s psychiatric patients at Dorset House, Bristol, the hospital which she established, and from where she launched the first UK school of occupational therapy.

Isabel Dahl, a visitor to Dorset House in the 1930s wrote:

My first observation of the Occupation Department of Dorset House will always be a source of wonder to me. The variety of crafts, the eagerness and interest of those doing them, the high standard of workmanship, was most gratifying and encouraging to see.

Among the crafts, weaving and basketry seem to be the most popular, although leather work, raffia, painting, cord stools and belts and needlework appear to hold their own without any difficulty. Bookbinding and felt work are also frequently seen.

Those who do basketry succeed in producing all sorts of shapes, sizes and colours, and such articles as round or oblong trays, waste paper baskets, and bread baskets may be seen around the Occupation Rooms at all times.

Originality both as to colours and patterns is to be observed among those who weave, and the results are pleasing. Tray cloths, pochettes, cushion covers, scarfs, and materials for skirts and suits are woven and later finished in various ways.

I have only been able to begin introducing the crafts one finds in progress in the Occupation Rooms, but I trust it conveys, in a small way, the varied interests and the pleasure to be found there to those who are not already acquainted with the Department.

Elizabeth Casson was an inspirational and creative psychiatrist, but today she is probably remembered more among occupational therapists than psychiatrists. Occupational therapy today focusses less on the creative arts and more on achieving rehabilitation. However, perhaps Elizabeth’s legacy is also reflected in the RCPsych Arts Psychiatry Special Interest Group (ArtSIG). ArtSIG informs us of the value of creative arts in psychiatry, and states that one of its aims is to promote understanding of using the arts in treating mental disorders.

Elizabeth would have approved. 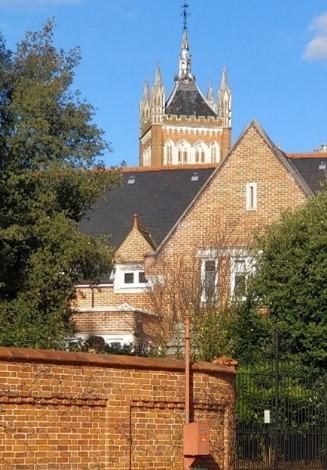 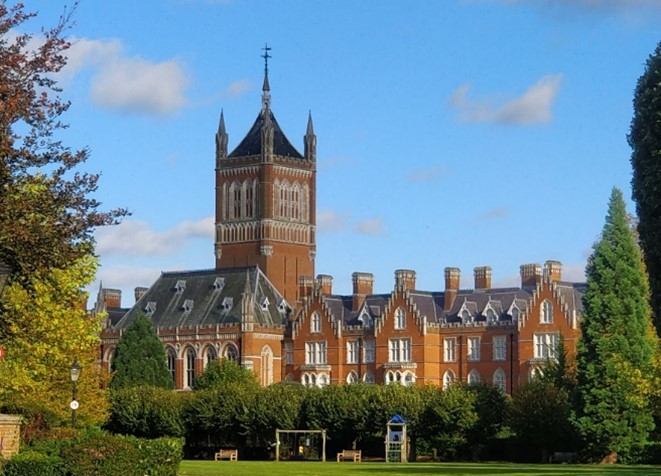